First of all let’s try to understand all the major issues with the existing applications. After that we will see how Containers are helpful to address these issues. We will also understand how Dockers and Kubernetes are related to Containers and play a major role, especially in cloud applications.

What is a Container?

A Container is a combination of application code along with all its dependencies like runtime, system library, tools etc. in a single package so that the application runs smoothly from one computing environment to another.

How Container is different from using a Virtual Machine? 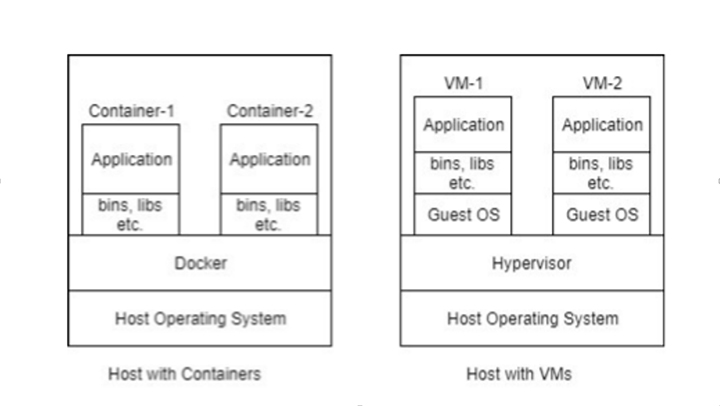 Docker is the most popular platform for developers and system admins to build, ship and run applications. Docker is extremely helpful in simplifying the software delivery process by making it easy to build and share images that contain your application’s entire environment.  Your application typically requires specific versions for your operating system, application server, python, java, and database server. It also may require to tune the configuration files and similarly multiple other dependencies. Binding to specific ports and certain amount of memory is also one of the basic requirements for the applications. The combination of components and configuration required to run your application is what is referred to as application's entire environment.

We can certainly provide an installation script that will download and install these dependent components. But Docker simplifies this process by allowing to create an image that contains your application and infrastructure together, managed as one component. These images provided by Docker are then used to create Docker Containers to run on the Container virtualization platform. So running instance of Container image is called a Container.

Kubernetes is used to automate the process of scaling, managing, updating and removing Containers in cluster nodes. In other words, it is a Container orchestration platform. Kubernetes can work with any Containerization technology. It runs Containers across multiple cluster nodes. Once Kubernetes take control over a cluster of nodes, Containers can then spun up or torn down depending upon our need at any given time. Kubernetes also support to upgrade application with zero downtime.

There are two types of nodes in Kubernetes cluster, Master Node and Worker Node. Master Node maintains the state of cluster and controls the scheduling of pods across multiple worker nodes. Pod is a group of one or more related Containers. A Worker Node will have container platform like Dockerand rkt, to manage the Containers and services to facilitate communication between application within clusters and outside.

Docker, also offers their own Container orchestration engine, named Docker Swarm. But Kubernetes is more popular and it has been accepted and used widely.

We discussed how Containers are useful for application environment in which applications can run without any environmental issue. Docker is a standalone software that helps to create Containers and makes deployment easy. Kubernetes, on the other hand, plays an important role to support scaling of application just with a simple command. Kubernetes also help to make the application available and accessible 24/7 even during an upgrade.